Hello Friends, My May market update is the blog post from Tom Tognoli, who is the co-founder and former CEO of Intero. Tom has gracefully consented to post his blog on mine and it aptly fits into my bi-monthly RE market update. A link is provided at the end of the article to Tom’s own blog. Happy Reading. As always call me, text me or email me if you or anyone you know are in the market to buy or sell a property. Thank You! Don’t Freak: San Francisco Bay Area home prices fall for the first time in 7 yearsMay 16, 2019 First, don’t freak out…it’s old news. In Q1 of last year (2018) the Bay Area housing market went a bit crazy. Depending on where you live, it’s like the real estate market got a jolt of adrenaline at the end of Q1 last year. Property values literally shot up 10% to 15% in 90 days. It was stupid and unsustainable. In Q2 of 2018, reality set in and property values gave most of that 90-day gain back in what seemed like a week. It needed to happen. It literally all happened i…
Post a Comment
Read more 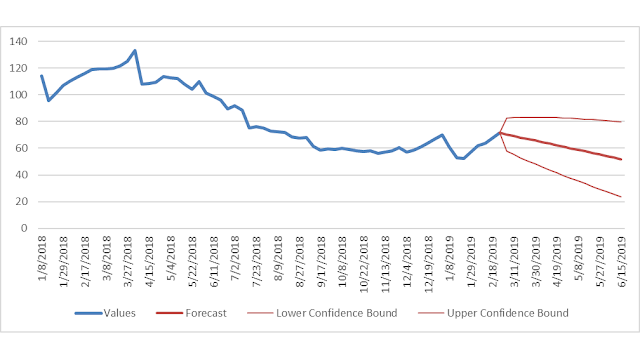 Bay Area RE Market Update - March 2019 The Bay Area RE Market has continued to be tepid though two factors have helped the increase in sales during the January-February period compared to Nov-Dec of 2018, which are,

1. Buyers coming back after the holidays
2. Interest rates dipping in February to the levels seen in early last year

While watching the RE market two important numbers to pay attention to are Inventory (Supply) and Demand (no surprises here). Inventory is based on the active number of houses for sale in the market and the number of houses sold in a given period. The demand is driven by seasonal factors, underlying job market situation and to a degree certain macroeconomic factors such as interest rates.

Here is what has happened to some of the numbers discussed above in the last two months,

Inventory in the Bay Area peaked in late October 2018, inventory reduced during the holidays and started to pick up since the beginning of the year. The relative rise in Inventor…
Post a Comment
Read more

January 09, 2019
Bay Area Monthly RE Market Update In the last 6 months homes have sat on the market longer (compared to the first half of 2018) and prices have been slashed. Why? The Following factors have driven buyers away, 1. High Prices Home prices grew at a higher rate than the rate of inflation and incomes in the last few years. 2. Mortgage rates >25% increase in mortgage rates resulted in some buyers being put out of market 3. Wall Street Effect The noise about another recession and a dip in stock prices has left many buyers who were planning to use their stock options for down payment with less money and tempered their purchase. Besides, the psychological fear such events causes. 4. Migration Bay Area is the top region in the nation for outward migration. Though many pockets in Bay Area have also seen net positive migration. On the Supply Side inventory has increased for the following reason, 1. Chinese investment down According to reports Chinese investment in RE decreased by …
Post a Comment
Read more